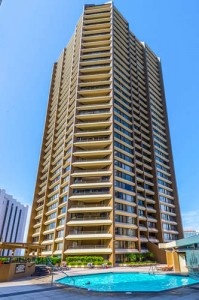 Source: Honolulu Civil Beat
UPDATED: Under the measure expected to be signed by the mayor, property owners who rent out entire houses outside of resort zones could face major fines.
By Christina Jedra   / June 17, 2019
Reading time: 5 minutes.

Oahu property owners who illegally use their units as short-term vacation rentals could face fines of up to $10,000 a day under a bill passed unanimously by the Honolulu City Council in a packed council chamber Monday.

Under Bill 89, a limited number of units, about 1,700, could be rented in homes where the owner lives, but the measure doesn’t allow for any new permits for whole-home rentals, which have become an increasingly popular alternative to hotels.

Sign-holders turned out in support of the vacation rental crackdown Monday at the Honolulu City Council.

Cory Lum/Civil Beat
The measure, which now awaits Mayor Kirk Caldwell’s signature, is the result of months of contentious debate about how the island should handle thousands of illegal vacation units in neighborhoods outside of resort zones.

Menor said action was needed to combat the negative effects of short-term rentals, which he said have hurt the character of residential neighborhoods and decreased the availability of affordable long-term rentals. He said vacation rentals have also damaged the economy by increasing the number of tourists even as their spending decreases.

With the exception of about 800 units grandfathered in from the 1980s, thousands of units rented for less than 30 days outside of designated zones were already illegal, but they haven’t faced enforcement until now.

“We need to have control,” said Councilman Brandon Elefante. “We definitely need to regulate.”

Moments after passing Bill 89, the council also approved Bill 85, a harsher crackdown on vacation rentals that would prohibit all short-term vacation rentals in residential areas, including property owners renting a single room in the home they occupy.

The vote on that was 7-2, with Councilman Ikaika Anderson and Councilwoman Heidi Tsuneyoshi voting no.

Caldwell said he preferred Bill 89, so the passage of Bill 85 is probably moot.

“It takes great political courage to pass a bill that will help balance the impact tourism is having on our residential neighborhoods,” the mayor said in a statement. “Subject to legal review, I will sign Bill 89 into law.”

Under Bill 89, property owners who rent out rooms in their homes without a permit or rent out entire houses outside of resort zones could face a $1,000 fine for an initial violation plus $5,000 a day for ongoing noncompliance. Subsequent violations could lead to fines of $10,000 a day, in addition to the city confiscating the earnings from the rental, the legislation states.

Demonstrators who opposed the crackdown showed their sentiments Monday morning along King Street.

The legislation would also require the platforms to report host information to the city every month, including names, addresses, tax identification numbers, length of stay and price. Platforms that don’t comply could be fined up to $10,000.

Property owners would have to provide neighbors within 250 feet a phone number that could be used 24 hours a day to receive complaints, which would have to be logged and submitted to the city upon registration renewal.

Supporters said that the move would help restore the character of residential areas.

“I want to know my neighbors,” said Ann Dewey, a board member of the Lanikai Association, a group that maintains community spaces. “I want to welcome long-term renters in our neighborhood.”

Cory Lum/Civil Beat
Advocates for the crackdown also argued it could return thousands of short-term units to use as affordable housing, easing Oahu’s shortage.

Gina Alcos, a banquet captain at the Ala Moana Hotel, said she and Local 5, the hotel employees union, are pleased with the result.

“It’s a chance to give Local 5 their jobs back,” Alcos said.

The legislation’s passage is a blow to platforms like Airbnb and Expedia, which owns VRBO and Homeaway. The companies have argued that the crackdown on rentals will harm Hawaii’s economy.

Vacation rental owners argued in testimony and in sign-waving demonstrations that they rely on the income.

Ethan Powell said his family owns a large property on the North Shore that includes a guest house they rent out. He testified there is plenty of space between his property and neighbors, his family doesn’t allow loud parties and they pay their taxes.

“Why should the hotel chains get everything?” Powell asked, adding that the rentals are meeting a legitimate demand.

“Many people prefer a quiet, private, country setting, which is what we offer,” he said. “If short-term rentals are shut down, it will devastate many local families like us.”

Advocates of short-term rentals have argued that they welcome regulation, but that the council legislation goes too far.

Caldwell was the last to testify Monday. He spoke in support of Bill 89, an altered version of legislation he proposed.

“It’s not perfect,” Caldwell said. “It’s not what I put in. But I don’t think we should let the perfect get in the way of the good.”